“The enormously talented chef/TV host/singer/athlete/she-can-do-anything Miyoko Schinner is nothing short of a genius…” VegNews, December
2012 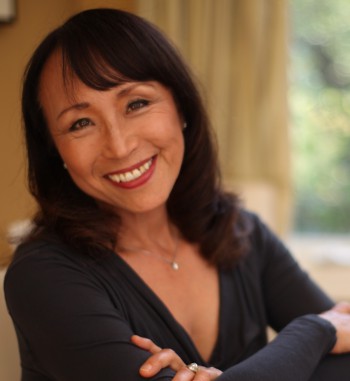 Miyoko Schinner, vegan chef, cookbook author, speaker, and television host,
has been promoting delicious, decadent, and healthful plant-based foods for
the past thirty years. She is the author of 5 cookbooks, including the
bestseller ARTISAN VEGAN CHEESE (Book Publishing Company, 2012), a book
hailed as “groundbreaking,” “revolutionary,” and “the holy grail
of the culinary world.” Her latest book, THE HOMEMADE VEGAN PANTRY –
THE ART OF MAKING YOUR OWN STAPLES (TEN SPEED PRESS), will be released in
spring 2015.

She is a co-host of a national cooking show on PBS called Vegan Mashup, and
stars in her own whimsical online show, MIYOKO’S KITCHEN. A dynamic
cooking instructor and speaker, she presents regularly at the McDougall
Program, and at major festivals and events around the country. A former
restaurateur and food product developer, she has created products that have
been distributed nationwide as well as on United Airlines. In 2014, she
founded and launched Miyoko’s Kitchen, a company that makes and
distributes handcrafted, artisanal vegan cheeses.