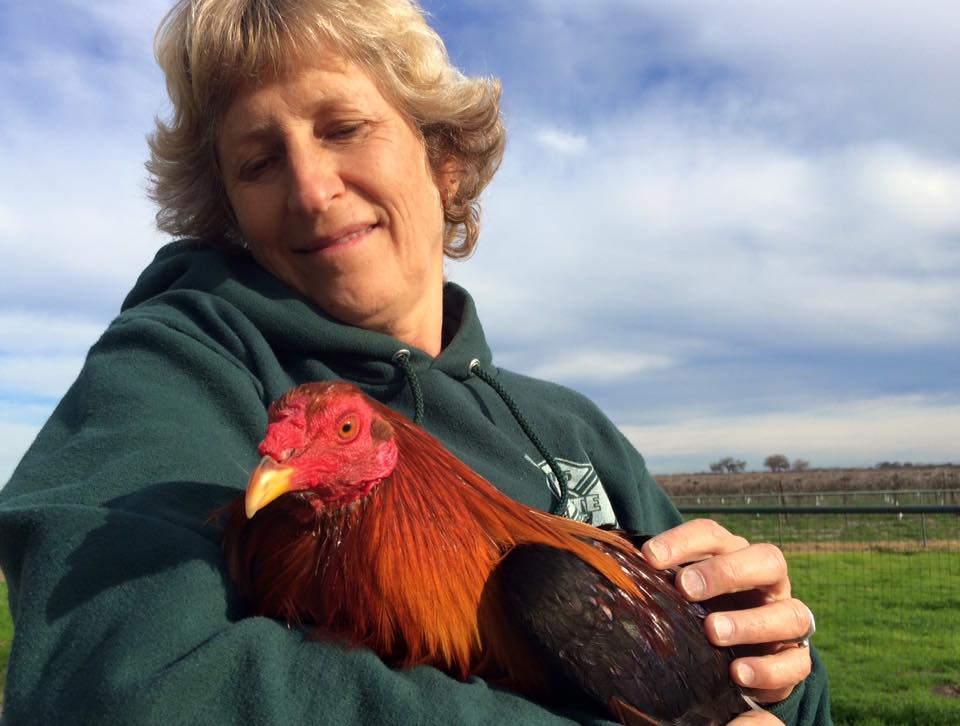 On Sunday, 300 roosters were discovered at a cockfighting operation run out of a Modesto home.

Stanislaus County Animal Control initially said that all the animals used in the illegal activity would be euthanized. But Stockton-based non-profit organization Harvest Home Animal Sanctuary was able to save five of the roosters and is currently working to rehabilitate them.

“What we do is treat these animals like individuals, like a dog or a cat. They go to the vet, they get picked up, they get hugs, really good nutrition and a safe place where they’re going to be able to detox from  the very violent past that they come from,” Harvest Home sanctuary manager Christine Morrissey explained.

That past often includes being injected with meth or testosterone, Morrissey says, in order to make the roosters more aggressive in the fighting ring. But the roosters can be re-socialized over time; at Harvest Home, they live side by side with other farm animals. Morrissey believes even more of the Modesto roosters could likely have been rehabilitated.

As for the roosters here now, they are far from aggressive. They’re living side by side with other roosters, hens, goats and pigs.