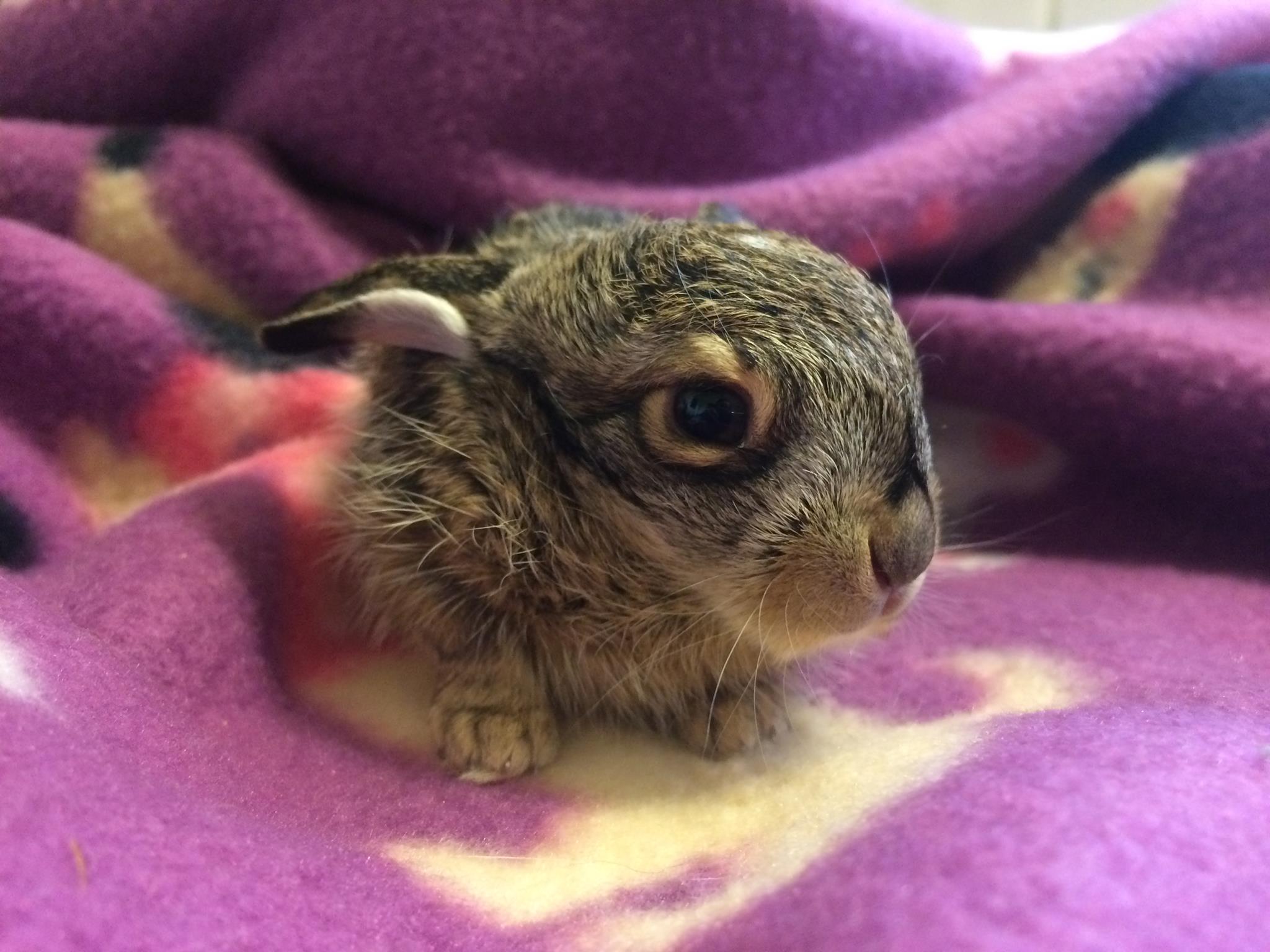 A baby jackrabbit was found shivering in the cold by a Tracy woman out walking her dog Sunday.

A combined effort by the Harvest Home Animal Sanctuary and WildCare likely saved the jackrabbit’s life. When it arrived at WildCare in San Rafael, veterinarians estimate the jackrabbit was less than a week old and in very poor health.

“When he got here, he was very skinny and dehydrated and he had a slight respiratory infection,” Alison Hermance with WildCare told SFGATE. The team began feeding it specialized rabbit formula and nursing it back to health.

The good news: the adorable little fellow is doing a lot better. WildCare has placed the jackrabbit in a foster home and says it is now eating formula and some solid foods.

WildCare says the goal is release this jackrabbit back into the wild. “Once he’s ready, he’ll be transported back up to the Tracy area where he came from, and he’ll be released near where he was found,” Hermance said.

The rabbit’s foster care provider will slowly introduce more greens into the jackrabbit’s diet until it’s self-feeding. “Once he’s weaned, he’ll spend some time in an outdoor enclosure, building his muscles and getting accustomed to being outside, and then he’ll go free!” Hermance told us.

The woman who found the baby jackrabbit first brought it to the Jules Vet Center, who contacted Harvest Home Animal Sanctuary for help. The sanctuary began to care for the little guy, but the center is not licensed to rehabilitate wildlife, so they contacted WildCare.

“Although we primarily rescue animals from agriculture, our mission is to help animals where we can and find the right place for their care,” Christine Morrissey, Executive Director at Harvest Home Animal Sanctuary, told SFGATE.

Thanks to their teamwork, the baby jackrabbit is making a strong recovery.

WildCare says this is its first baby animal of the year. Each year, the organization says it treats as many as 4,000 wild animals in its wildlife hospital.